The gorgeous Kim and Henry held their wedding reception with us at Manor Farm on Sunday 18th August 2019, after a ceremony at St Michael’s Church in Brantham, having been engaged for just under a year.

We caught up with Kim last week to hear about her and Henry’s memories of their special day with us.

The story of Kim and Henry’s wedding

When we started our search for venues, we wanted somewhere that held a lot of people, as we had lots of guests – around 250! We searched online for places in and around Ipswich which could cater for our big wedding party. Manor Farm came up, so we booked a meeting. We wanted somewhere that was relaxed, fun and not pretentious. Having never been to the farm before we didn’t know what to expect. As soon as we arrived, we knew that it was ‘the venue’; we both just got that feeling. The staff were lovely, especially Becky, our wedding coordinator; she was fab from the word ‘go’! The venue was perfect. It had that “wow factor” with the lighting, it was clean, relaxed, and didn’t make us feel uncomfortable. Nothing was too much trouble when we described what we wanted. I always think having a bar in the same room as the dancefloor is a ‘must’; people congregate at a bar so it always keeps a good atmosphere. We loved the layout, the courtyard, and we could imagine the kids playing and running about in the garden. We wanted to get married and then to have a big party, and the farm was perfect venue.

We kept everything simple and minimal. We had a lot of guests, so didn’t go mad with a theme or anything like that, as we didn’t want anything to get lost amongst all the people having fun. We kept the colours to soft pinks & lilac to tie it all together, but apart from that we didn’t do too much in the way of decorations; the venue itself is lush and the lighting went with our colours, so we thought that was enough. We had help from family and friends over the year to help us with the little details of the wedding, brainstorming and endless phone calls. We are very grateful to them all.

For our flowers, we had a mixture of David Austin roses, roses, green foliage, gypsophila, astilbe and a little bit of rosemary for remembrance. All flowers were in soft pinks, lilac and whites. We had a bundle of gyp for each of the flower girls, and foliage on the tables in empty gin bottles, which worked a treat.

Justin Alexander was the designer for my dress. I have never been a girl who likes a lot of fuss, and trying on a million dresses in lots of shops isn’t my thing, I just like what I like, so when I went shopping for wedding dresses I already had an idea in my head; I think you kind of know what suits you. I went to ‘Just a Day Bridalwear’ on Norwich Road in Ipswich. I described what I wanted and it was the first dress I tried on. It was perfect, exactly what I had in mind! I did try on other dresses to settle my thoughts but went back to the first dress; as I said, I think you just know. We bought the dress on the same day.

The bridesmaids wore a multi-way dress from Debenhams, and the whole colour scheme of the wedding was based on this colour, lilac. The Groom and Groomsmen wore a dark navy 3-piece suit from Anthony Formalwear. Henry & his 2 sons had navy ties matching lilac accents to the bridesmaids dresses.

There are definitely two parts of the wedding day; the getting ready in the morning, and the wedding itself. It was so much fun in the morning, as we both had a houseful of our nearest and dearest. I loved the morning, having the glam team there to get us all ready. Prosecco was flowing, and it was just like getting ready for the biggest night out. Henry had his mates too, having a few beers, loads of banter, but he was really nervous. He did however put his ‘game face’ on and went with it. Any nerves soon disappeared as soon as we saw each other. It’s true what people say – you don’t pay any attention to the packed room you walk into, it’s just as though it’s the two of you.

We got married at 3pm so arrived at Manor Farm around 4.30pm. We had yummy canapés and drinks on arrival for our guests who were at the Church. Becky greeted us with a glass of fizz and beer as soon as we arrived, which was greatly welcomed; it’s like she read our minds. We were super lucky with the weather, so all of our guests were in the courtyard or in the garden. Music was playing, the sun was shining, and the atmosphere was brilliant from the word ‘go’. Because we got married later in the day, we didn’t have a traditional style wedding breakfast. We had pizza ovens and a hog roast; they went down a treat, and people still say how good the food was.

With no formal speeches, my Dad thanked everyone for coming and then we had our first dance, Eric Clapton’s “Wonderful Tonight”. The Wedding DJs were brilliant! The music was on point, and we also had the selfie-mirror, which kept everyone entertained, especially after a few drinks! The music was so good, the dancefloor was packed, and we partied all night. We also booked The Sax Walker who came for about 9pm and played Ibiza anthems on his Sax for an hour or so. He was amazing, we would definitely recommend him!

Naturally as the night came to an end, we were on such a high, and the atmosphere was brilliant. We just didn’t want it to end. It really was the best day, and everything we wanted – we got married then had a massive party with all of our friends and family.

Kim and Henry’s top tip for other couples…

Don’t stress too much about the small things! With all the time you’ve spent on planning your wedding, it will all come together on the day, and if it doesn’t, you’ll be on such a high that it will not matter. Enjoy it, it goes by so quickly! We were super lucky, nothing seems to have gone wrong, everything was perfect! 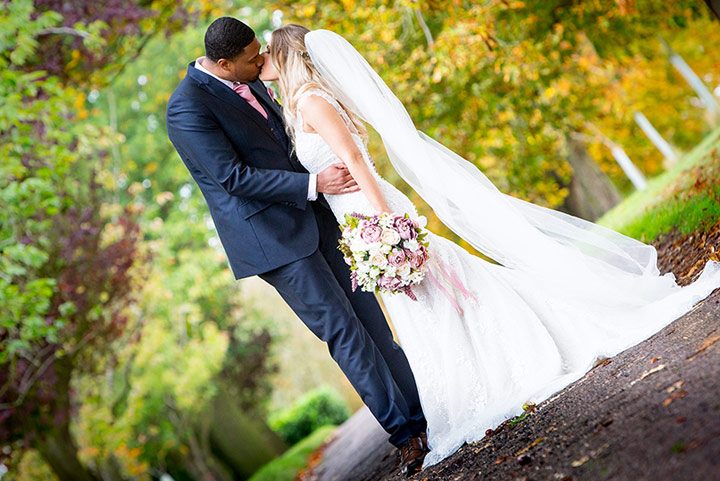 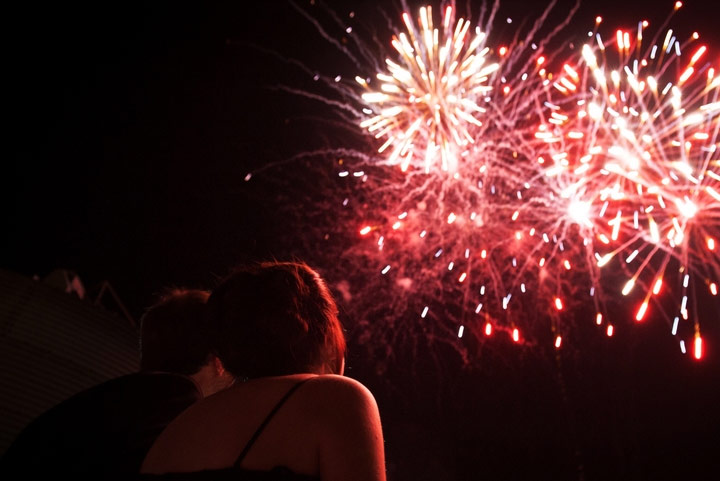